Skip to content
Al-Sadd first team goalkeeper Saad Al-Dosari has been awarded the club’s Player of the Month title for December.
In a ceremony held before the training session on Thursday, Saad received the award from first team manager Abdullah Al-Breik and first team officer Mohammed Saeed Al-Hassan. 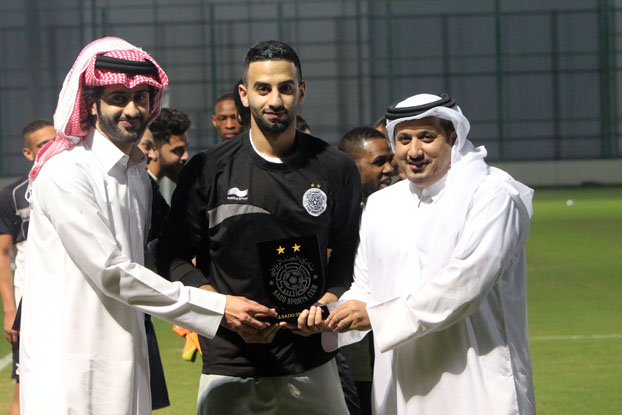 Saad was chosen for the award on the basis of a fan vote in the club’s official Instagram page.
The month of December saw great performances by Saad as he kept clean sheets against Al-Khor, Al-Rayyan and Umm Salal while also saving a penalty in the game against Al-Sailiya.