The Al-Sadd football first team resumed training at the Aspire Academy grounds on Saturday, after a period of rest (18-29 December) following the end of the first phase of the QNB Stars League.

The Wolves will train at Aspire while the club pitches undergo winter maintenance, which will last until the end of the current week.

Saturday’s training session saw the available players train under the supervision of head coach Jesualdo Ferreira, while a number of Qatari international players are away with the senior and Olympic national team squads. 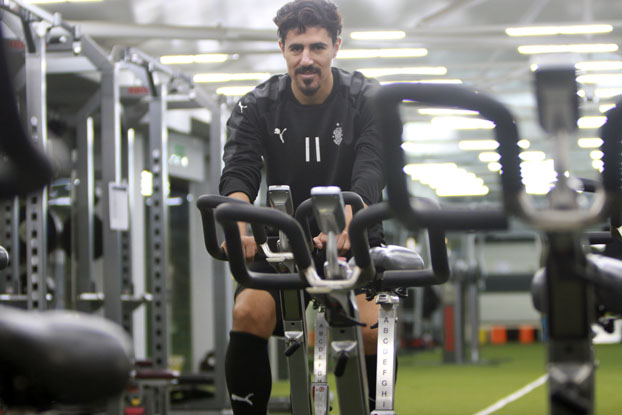 The team is currently preparing to face Al-Markhiya in the QNB Stars League Round 12 match which will be played on January 13.

Internationals to return on January 6

The four players (Saad Al-Dosari, Hassan Al-Haydos, Musab Kheder and Pedro Miguel) who were away with the senior national team at the Gulf Cup will return to the club on January 6, after a period of rest.

5 Al-Sadd players in the Olympic team

Five Al-Sadd players (Meshal Barshim, Meshal Al-Shammari, Hashim Abdullatif, Ahmed Sohail, Salem Al-Hajri) have been included in the Qatar national Olympic team squad, which is preparing for the upcoming AFC U23 Championship that will be held in China in January.

Meanwhile, Al-Sadd striker Baghdad Bounedjah continued with his recuperation under the supervision of the club’s medical staff, as he prepares to return to group training. The Algerian is schedueld to undergo a medical test on Sunday to determine the scope of rehabilitation programme in the upcoming period.