Al-Sadd were denied three points after a late equalizer saw them held to a 3-3 draw with Al-Gharafa in the QSL Round 5 encounter at the Thani bin Jasssim Stadium on Saturday.

Al-Gharafa took a 2-0 lead in the first half through goals from Krisztian Nemeth (6′) and Othman Al-Yahri (24′) before Jugurtha Hamroun pulled one back for Al-Sadd in the 26th minute. Xavi then equalized for the Wolves (34′) and he was followed by Abdelkarim Hassan who put Al-Sadd in the lead with a goal in the 44th minute. Al-Gharafa’s equalizer came in the 86th minute through Ghanaian defender Rashid Sumaila. 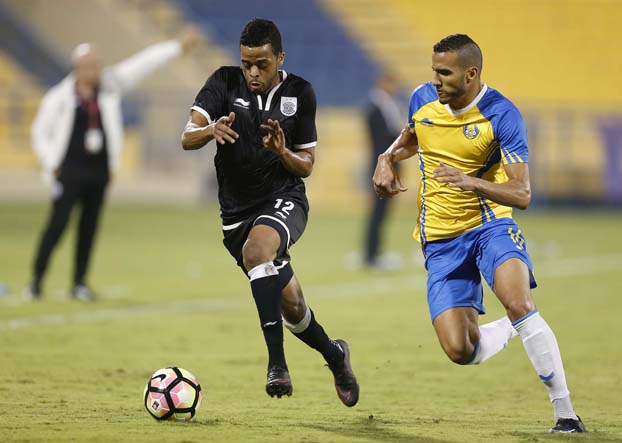 The match began strongly with both teams starting in an exciting fashion. It was Al-Sadd who had the first proper chance when in the 4th minute, Ali Asad almost put them ahead after dribbling through the Gharafa defence but the keeper Yousuf Hassan was on hand to intervene at the right time. Al-Gharafa then responded with a goal in the 6th minute, when Krisztian Nemeth poked the ball into the net after it was dropped by Al-Sadd keeper Saad Al-Dosari.

The Wolves then tried hard to net the equalizer with attacking play down the wings courtesy of Hamroun and Abdelkarim. Al-Sadd were given a free kick at the edge of the box in the 20th minute but Xavi’s effort hit the wall and went out for a corner.

Al-Yahri adds the second for Al-Gharafa, Hamroun pulls one back

In the 24th minute, Al-Gharafa doubled their lead when Othman Al-Yahri got past the defence and rounded the keeper before scoring the second goal. Two minutes later, Al-Sadd got their first goal through Jugurtha Hamroun who headed the ball in after Ali Asad’s shot rebounded off the crossbar.

Xavi scores the equalizer; Abdelkarim gets the third

Al-Sadd managed to get back on level terms in the 34th minute when Xavi scored; Baghdad Bounedjah sent in a low cross to the far post where Xavi was on hand to tap in and make it 2-2. In the 44th minute, Al-Sadd took the lead. Abdelkarim Hassan got into the box with great individual technique and sent a powerful shot into the back of the net to make the score 3-2 in favour of Al-Sadd at halftime. 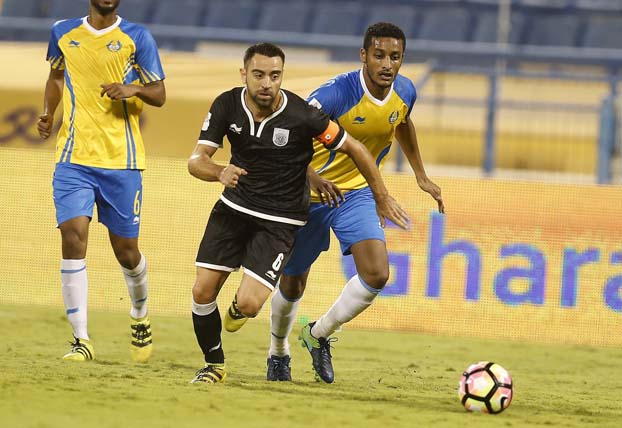 At the start of the second half, Al-Sadd made their first change of the match and Hamed Ismail replaced Hussam Kamal. Hamed played on the right wing while Pedro moved to right-back. Ibrahim Majid moved from left back to centre back and Abdelkarim Hassan reverted to left back.

A period of calm descended on the match for much of the second half while Al-Sadd tried to extend their advantage. In the 68th minute, Ferreira brought on Salem Al-Hajri to replace Ali Asad; Salem took his place in central midfield alongside Mohammed Kasola. Jugurtha Hamroun then had a go at goal in the 77th minute but his powerful shot went wide of the right post.

Both teams fought it out in the last few minutes of the game with Al-Sadd trying to maintain a balance between attack and defence while Al-Gharafa looked for the equalizer. The eqaulizing goal did come in the 86th minute when Rashid Sumaila rose to meet Weiss’s corner and finish past Al-Dosari with a header. The score was now 3-3 and that was how the match ended. 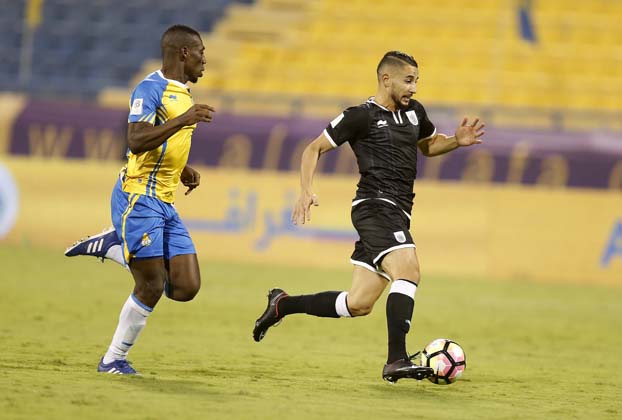