The Al-Sadd football first team held their main training session on Sunday evening at the club stadium, as part of the preparations for the upcoming AFC Champions League semifinal first leg clash against Persepolis.

Al-Sadd will go into the match in high spirits, after seeing off Esteghlal 5-3 on aggregate in the quarterfinals.

Sunday’s main session began with head coach Jesualdo Ferreira holding a meeting with the players, speaking to them about the match objectives. The coaching staff then went on to implement the training programme, with a focus on tactical strategies. The players also fought it out against each other in a practice mini game. 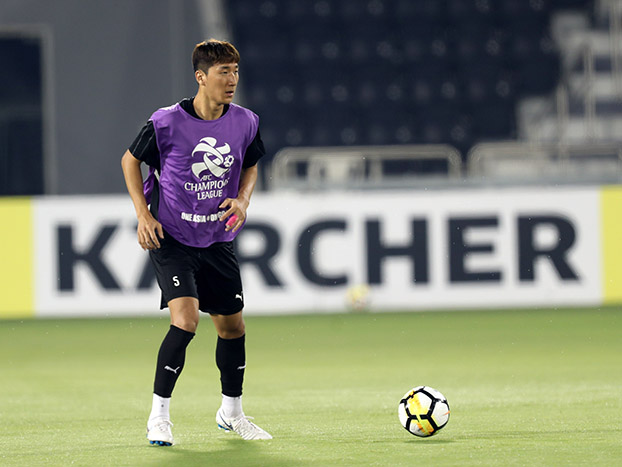 Al-Sadd head of football Mohammed Ghanem Al-Ali ensured his presence at the pitch on Sunday to show his support for the players before the big game against Persepolis.

Al Haydos all set to play

Forward Hassan Al-Haydos was intensely involved in training on Sunday and has confirmed his readiness to play, after recovering from an ankle injury that kept him out of the games against Al-Rayyan and Qatar SC in the league.

Intense training for the goalkeepers

Al-Sadd will miss the services of Yasir Abubakar against Persepolis after the player picked up a second yellow card in the second leg of the quarterfinal tie with Esteghlal, resulting in an automatic one-game suspension.

The final pre-game training session will be held on Monday evening from 6 PM onwards at the club’s training facility. After the end of the session, Ferreira will announce the matchday squad for the game.

A group of loud Al-Sadd fans attended Sunday’s training session to encourage the players and show their support for the team as they look to take another step towards the final.

The pre-game press conference is set to be held from 5 PM onwards at the club conference hall with Ferreira and Gabi scheduled to attend.